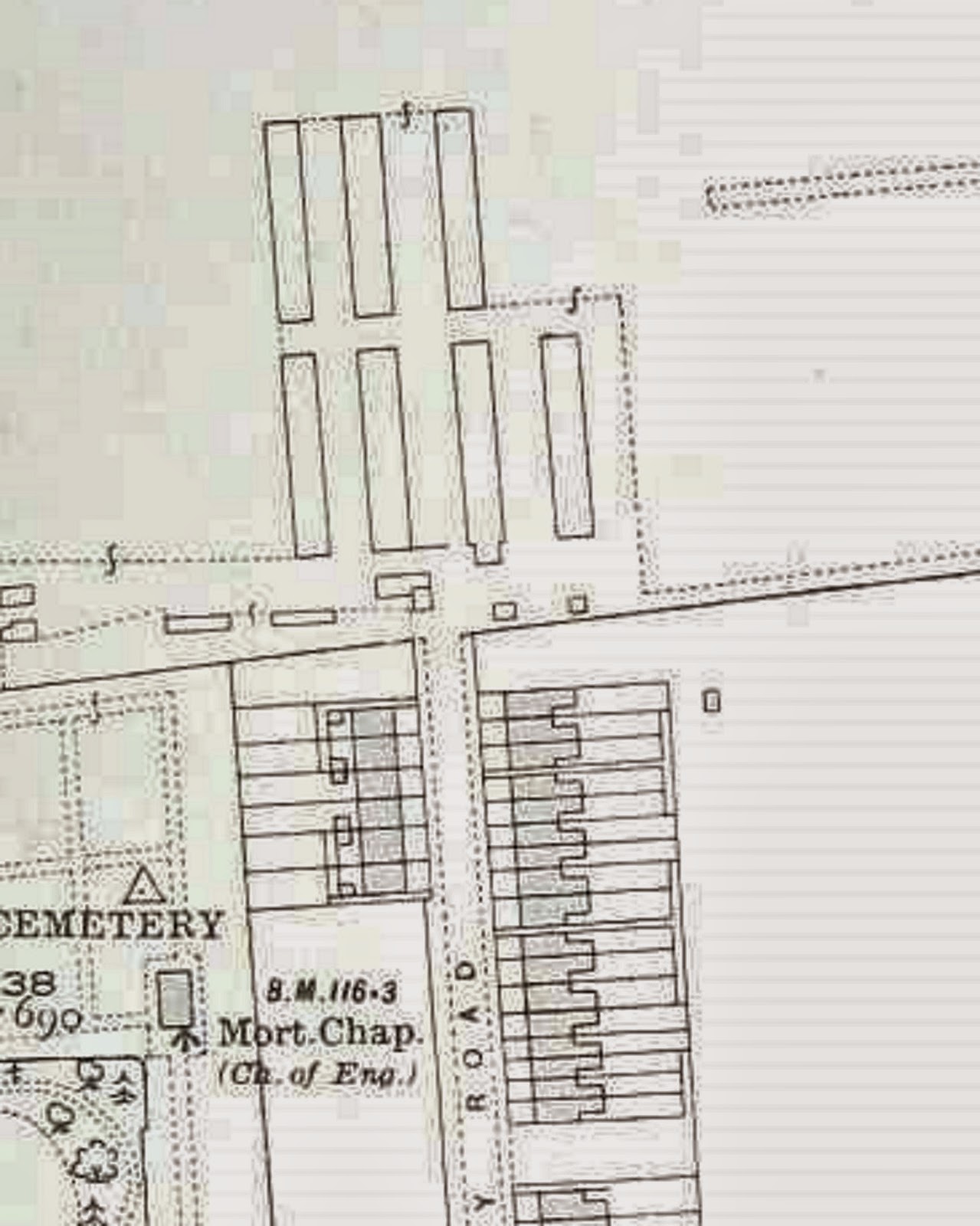 During the First World War there were many small camps around Chelmsford. After the early days of billeting troops on the civilian population or under canvas the Army introduced pre-fabricated huts for accommodation. One of these hutments was at the end of Henry Road, on the field now owned by Anglia Ruskin University.

As seen in the contemporary OS map, there were seven huts. War Office records from 1918 refer to an Army Service Corps depot on this site. Three huts were occupied by the men, one by the NCOs, and one by the officers. One served as an office/store and the seventh was a canteen and mess. There were a couple of smaller storage huts, a washroom and a latrine. There are several stories in the Chelmsford Chronicle of horses escaping from the fields in this area, so it is most likely that this was a horse transport section.

This unit was probably linked to the Army Service Corps forage depot on Broomfield Road, which was on the site of what is now the John Henry Keene Memorial Homes estate. Bear in mind that at the time there was no Chelmer Valley Road, so there would have been easy access between them.