After the addition of a couple of powerful stories (look up Regulation 40D) the second proofs have been checked and returned, the index is complete, all illustrations captioned and attributed, and so we wait for final publication. 'Law and War' should be in the bookshops in March!
Posted by MrSwan at 05:15 No comments:

While writing about Chelmsford in the Great War I was struck by the impact of wartime legislation on the lives of ordinary people.

Under the myriad regulations introduced under the Defence of the Realm Act, the Intoxicating Liquor (Temporary Restrictions) Act, Aliens (Restriction) Act, and Military Service Act, many people found themselves inadvertently in breach and up in front of the magistrates.

These were not the 'criminal classes'; they were housewives, servants, shopkeepers and workers. But their stories, recorded in the local newspapers, provide a fascinating insight into the way in which the war took over British social life and attitudes.

The English magistrates' court, or court of summary jurisdiction, deals (and dealt) with almost all criminal matters. Simple offences are heard by the magistrates, and more serious matters are sent to the Crown courts. The system was much the same in 1914. I wrote an article on the subject for the Magistrates' Association, and subsequently gave a presentation. Such was the interest that I continued my research, and I have spent the last year examining court records, legal textbooks, and local newspapers, to write an account of the wartime legislation and the magistrates' courts during the Great War.

The resulting book, 'Law and War', is currently with my editors at Pen & Sword Publishing and is due for publication in early 2017. I will shortly set up a new blog to discuss some of the stories, personalities, and those interminable regulations! 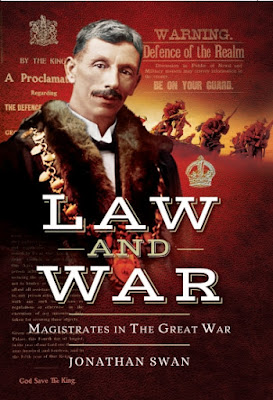 The Battle of the Somme

I went to the viewing of the Battle of the Somme at the Essex Record Office yesterday. This classic film was first shown in Chelmsford at the Regent Theatre (now Bar&Beyond) on Thursday 21st September, 1916. 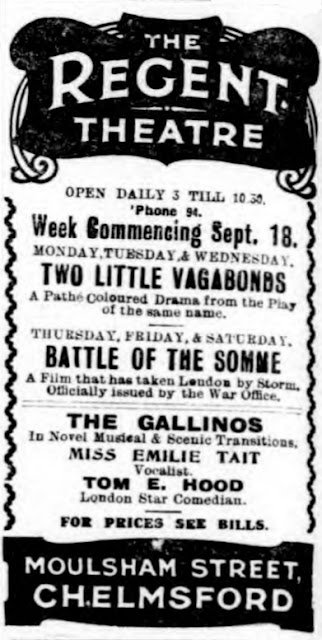 Out in this month's Essex Life magazine:

Part of a series by Pen & Sword Publishing that focuses on individual towns in the Great War, Chelmsford in the Great War is a fascinating book that has been written by someone who is clearly fascinated by a global conflict that had a huge impact on local life.

Chelmsford in the Great War provides an account of the local men who went off to fight, but in the manner of all good books about World War 1, Jonathan Swan doesn't forget the people who were left behind and has written a book that will be a great addition to any local historian's collection.
Posted by MrSwan at 04:10 No comments:

This is spooky - I made another ebay acquisition this week and discovered that it is a third postcard from William Myers to his sister Hilda. This one is dated July 17th 1917, which now means that Willie was in Chelmsford for at least five months. 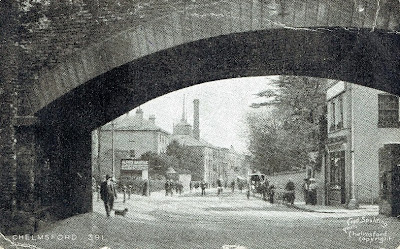 ...and I didn't write it! Many thanks, Steven Russell! 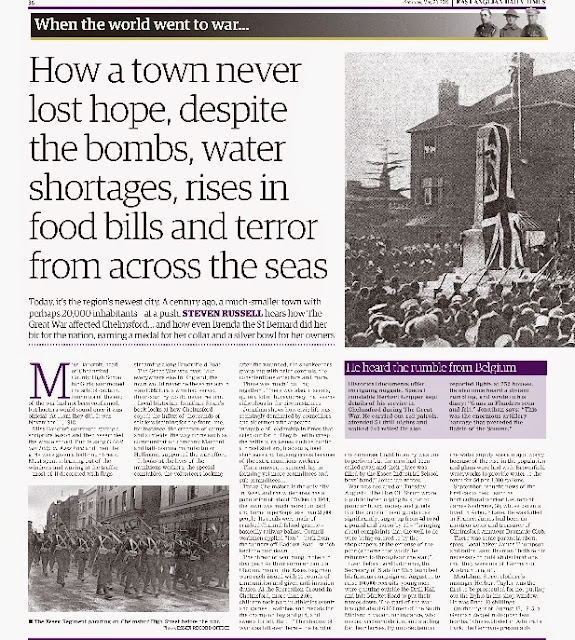 This is from Amazon:


"I have to admit some bias here. I was born in Chelmsford and apart from stints at university and in India, have lived in the city for most of my life. Furthermore, I am a keen student of military history and met many First World War veterans in and around Chelmsford in the 1980s. They would have loved to have seen this book."Jonathan Swan has done a first rate job with this book. It's a book that has appeal both to those interested in the First World War and to those who are interested in Chelmsford. There is plenty in here that I was unaware of and the easy narrative is well-supported by early maps, photographs and street plans of Chelmsford. I found the latter particularly interesting and, for instance, had never realised that there were originally "Wellington Cottages" at the end of "Waterloo Lane". That harks back to an earlier conflict of course but Jonathan certainly knows his stuff when it comes to the First World War and there are useful chapters on the Volunteers (The so called "Gorgeous Wrecks" who seem to be a generally forgotten home army), The Specials, Camps and Airfields, Joining Up, Trade and Industry, and so on."This is a book that can be easily dipped into and out of and, having read a number of books in this series, I have to say that to date, this is by far the best. But then again, as I said at the start, I am biased. All bias aside, the author has done his research well and above all, this is a very readable book. It's one thing to dig out the facts, quite another to offer them in such a compelling manner."I gather the book has been selling well in and around Chelmsford. Long may that continue, and I hope it reaches a wider audience than Essex. It certainly deserves to do so."
Posted by MrSwan at 23:56 No comments: